This has been my journey so far. Just to give a bit of background I am 23 and in 2015 I finished my degree. In the period of my studies and my internship I ate my way through it. It was takeaways majority of the time that was paired with a minimum of 4 energy drinks a day.

Eventually in 2016 after being fed up with the way I looked and felt I decided to go to the doctor. The doctor expressed concern about how I was well on my way to diabetes. Something I had not revealed to the doctor is that I was stopping breathing in my sleep which is a characteristic of sleep apnea. The doctor stated that he will fix me! I was shocked by this term but listened further and was told that Banting would change my life.

Here I am and Banting has changed my life for the better. When I first weighed myself I weighed 106.3kgs in April. Now I have lost 16kgs and aspire to lose 30kgs in total.

I no longer struggle with allergies such as lactose intolerance, no asthma attacks and no skin problems. Overall this is the healthiest I’ve been in my life. It’s been such an easy journey so far.

A few tips would be to:
-stock up the fridge with basics that one enjoys such as tomatoes, cucumbers, double cream yoghurt, cauliflower and broccoli and furthermore 90% dark chocolate
– take your green list, highlight what your favourites are and start with that
-if one falls of the wagon start again the next day and forgive yourself.
– fasting works as well
– And lastly set a goal and enforce a reward. An example of a reward is a new outfit or a something that you really want

I have to admit that a lot of my achievement is also a result of consistent support, motivation and weigh in every second week rather than every week or day. 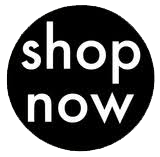